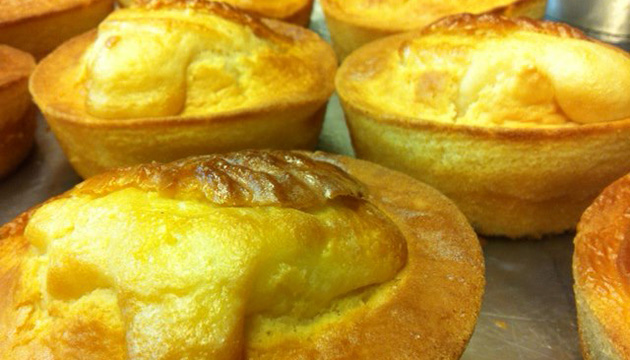 Two stories by the CBC highlight an important role played by family-run retail businesses in the Canadian Filipino community, which is quite often overlooked.

Reporting in March 2016 in Saskatoon, the national broadcaster focused on a restaurant and general store that do more than just sell familiar food and products. They also serve as hubs for the growing community in the city.

One is about Cesar’s Cakes and Café, a restaurant and bakeshop that was started by the Tolentino family more than 20 years ago.

According to the CBC, when Filipinos arrive in Saskatoon, the establishment is one of the first places they visit.

Pura Tolentino is proud of the welcoming atmosphere in the restaurant: “It feel[s] like home. You speak the same language and you have the same experiences from back home. So you don't miss the Philippines as much.”

Pura noted in the CBC report that Filipinos in Saskatoon are not their only clients: “People that come here from out of town, their purpose for the trip is to come here. They have lunch and they buy their breads here because we are the only Filipino bakery in Saskatchewan.”

The CBC also reported about Jay-R’s Global Pinoy Food Store, which is owned by Rose Lacsamana and her spouse, Jay-R.

“We opened the store in 2008 because the Saskatchewan Immigrant Nominee Program got started,” Lacsamana said. “So a lot of people from the Philippines came over as temporary foreign workers and there was a demand for Filipino products.”

The store’s popular products include longanisa and ube ice cream. According to Lacsamana, food plays a role in making new immigrants feel at home.

“It's important because we miss home,” Lacsamana said in the CBC report. “So when we have access to all these products, we bring a little bit of what's home in Saskatoon.”

Back at Cesar’s Cakes and Café, Tolentino’s daughter Kristine noted in the CBC report that the Canadian Filipino community is growing in Saskatoon: “My parents have told me all Filipinos are welcoming and I see that with the newcomers here. We try to show them that they still have a little piece of home here.” 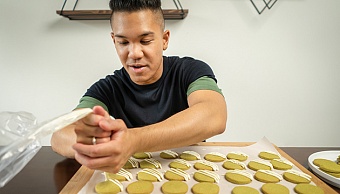 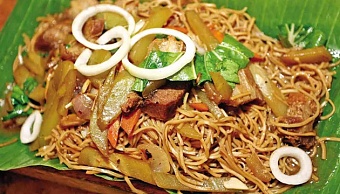