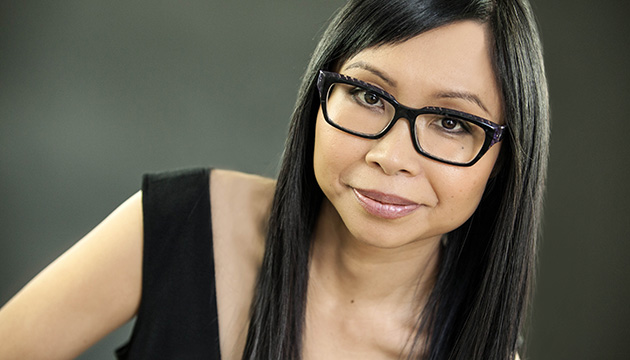 Like most children of Filipino immigrants, playwright Marie Barlizo knew all too well the pressure of being the best and bringing honour to one’s parents, especially when the family has been uprooted from the homeland.

Barlizo was only five years old when her family moved from San Carlos City in Negros Occidental and settled in Montreal where her aunt, who helped the family to immigrate, was living.

Barlizo vividly remembers, “My lola packed suman for us and smoked her cigar and my lolo gave me a kids’ bible stories book because I loved to read.”

She remembers taking her first elevator ride during a layover in Taipei and seeing, also for the first time, green carpet in her aunt’s apartment. “I remember how cramped we were in a tiny room and missing everyone back home.”

Growing up with the pressure to excel, Barlizo struggled through high school and into university. “I lied about how well I did in school because I didn’t want to disappoint my parents,” Barlizo tells Canadian Filipino Net.

This is why the real-life story of Jennifer Pan, a Vietnamese Canadian who ordered a hit on her parents, resonated with Barlizo. “What interested me in her story was how much I identified; like Jennifer Pan, I was also burdened with heavy expectations from my parents,” she adds. “I know many other Asians who did the same thing (lying about school), but we never hired a hit on our parents.”

Barlizo’s plays have been produced in various stages, but it was her latest play, Lucky inspired by Jennifer Pan’s story, which received critical review and was featured in two theatre festivals: the Montreal Fringe Festival in 2018, and the Next State Theatre Festival in Toronto in January 2019.

Barlizo stresses, “Lucky is inspired by, but not based on Jennifer Pan’s story. It examines the harmful stereotype of Asians as the ‘model minority’ – submissive, intelligent, well-behaved – and its consequences.”

She adds that the play tackles the themes of “self-hate and cultural expectations and how they impact self-esteem and happiness because I understand what it means to be trapped by high expectations and feeling like I have no way out.”

Lucky’s main characters are Nina, a young over-achieving Filipino driven to plot against her parents, and Sylvain, a former skinhead with a violent past. Barlizo expounds, “Both are suffering from limitations that their past, their family and social expectations have put on them. But both believe the other is luckier.” But the playwright insists, “I believe that we make our own luck and I wanted to explore this in the piece, hence the title.”

Developing Lucky was in itself a long series of drafts, constant rewrites and revisions from 2016 all the way to the Toronto production. Barlizo started working on a first draft in 2016, joined the Banff Playwright Retreat in 2017 where the second draft was born and when the play was produced in 2018 and 2019, Barlizo worked with dramaturgs who helped her get a different perspective.

She notes, “When we were finally in rehearsals, I did a lot of editing down the script.” She was concerned about how audiences would react to Nina’s character and whether they would understand why the character was the way she is. “I did my best to create complexity and multi-dimensionality in her Asian character to empower her. I think the character is now closer to what I want her to be.”

The play received funding and support from various agencies including the Canada Council for the Arts, Le conseil des arts et des lettres du Quebec, Playwrights Workshop Montreal, Montreal Arts Interculturel and the Black Theatre Workshop. Lucky got nominated in two categories for the 2018 Frankie Awards and received positive reviews including Toronto’s NOW Magazine which described the play as “an emotional and absorbing play” and an “engrossing production (that) will give you chills.” 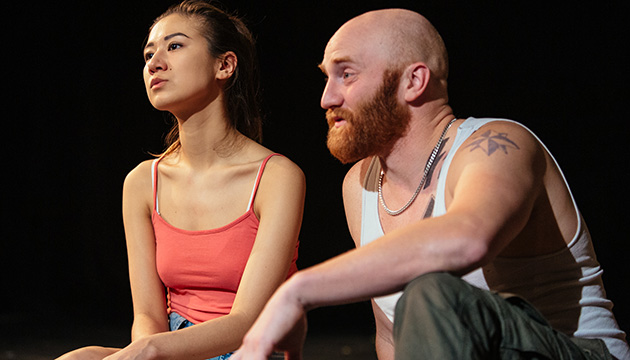 Through her journey fighting her own Asian stereotype, Barlizo eventually found her passion in theatre and continues to make her parents proud. She holds the distinction of being the first visible minority to graduate from the National Theatre School of Canada’s (NTS) playwriting program. Currently, she is a Canada Council for the Arts playwright-in-residence for Imago Theatre, a playwriting mentor at the Black Theater Workshop and instructor at the NTS.

As playwright-in-residence at the Imago Theatre, Barlizo is working on a new play titled Lola, the research and development of which is funded by Canada Council for the Arts. She chose Imago Theatre for its reputation of being one of Canada’s leading feminist theatres. “Imago tells stories about unstoppable women that challenge audiences, and advocates for women in marginalized groups,” Barlizo affirms.

Like Lucky, Lola is inspired by actual events in the Philippines during the Japanese occupation in World War II. Close to home is the fact that about 25 members of Barlizo’s paternal great uncle’s family were summarily executed by the Japanese army for allegedly supporting the guerilla movement.

With Lola, Barlizo hopes to find an avenue for remembering the victims of war and preserving their stories. She confirms, “The victims have largely been forgotten, the tragedy quietly erased from history books…so the country suffers from collective amnesia.” According to the Philippine’s Official Gazette, second only to Warsaw, Manila saw the worst devastation during World War II with an estimated one million military and civilian Filipinos killed.

This playwright not only champions the Filipino story, but the Asian Canadian story as well. Through Lucky’s run in Montreal and Toronto, Barlizo discovered that there is a hunger for Asian stories. “I believe the only way we will grow as a community is to develop more Asian Canadian plays so that our playwrights, actors, directors and dramaturgs will have opportunities to practice their craft and get better at what they do.”

Barlizo hopes to finish a first draft of Lola in summer and also hopes it will meet the same success, if not more, that Lucky did.