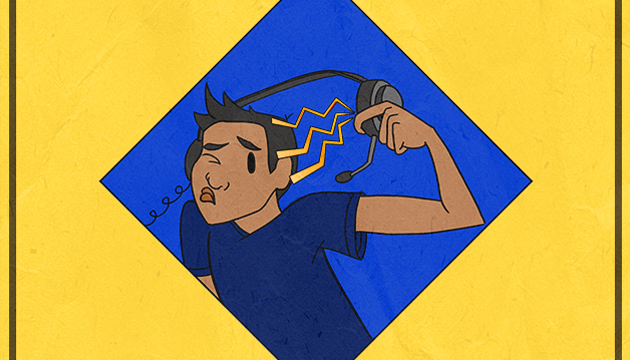 On May 1 this year, Humilde’s will debut on Air Canada’s international flights as part of the carrier’s onboard entertainment selections.

Nightcaller looks at the life of workers in call centres in the Philippines. These are enterprises that deliver outsourced business procedure operations for huge corporations.

“Nightcaller is about the presence of North America in the Philippines, and how the call centre industry is attributed to westernization and neo-imperialism,” Humilde told Canadian Filipino Net.

“Major Canadian enterprises such as Bell, Manulife, and Telus are part of the massive growth of outsourced operations, and are part of rapid changes to the Philippines' landscapes, economy, and people,” the Toronto-based filmmaker also said.

The short documentary will be available for viewing by international passengers of Air Canada until July 31 this year.

Principal photography for Nightcaller took place in Toronto, and Manila and Iloilo in the Philippines in the spring of 2018.

The film had its world premiere at the Toronto Reel Asian International Film Festival in November 2018, where it received an Air Canada enRoute Short Film Award.

Humilde’s previous works include Balikbayans, his directorial debut about three Filipinos residing in Ontario, and who gain importance when they travel to the Philippines.

According to Humilde, Nightcaller continues its film festival circuit this year, with its next screening in Houston, Texas.

The filmmaker also revealed that he is seeking funding to adapt the story in a feature-length format.

The film’s synopsis reads: “In the urban jungle of Manila, the call centre capital of the world, anonymous call centre agents from Manila spill the beans on the Philippines' most in-demand job. Their stories reveal prevalent truths about the effects of rapid westernization, all of which take place just on the other side of our phone calls.”

According to the association, the Philippines leads other countries in the call centre business.

In 2017, the country’s global market share was reportedly at a range of between 16 to 20 percent, beating India.

The English language skills and high empathy of Filipino call centre agents, and cultural affinity to Western countries are among the factors cited for the success of the industry.

The Philippine contact centre sector reportedly generated revenues of $13 billion in 2017. Revenue is projected to rise to $20.4 billion by 2022.