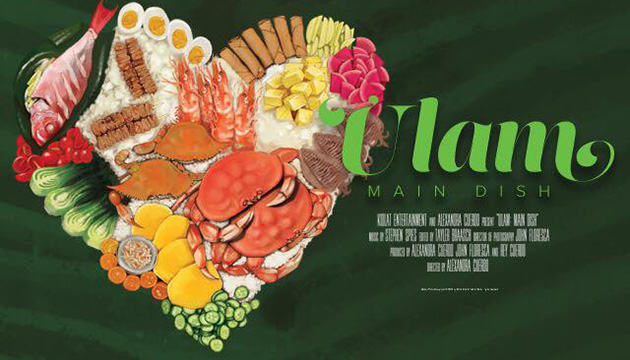 A documentary on the rise of the Filipino cuisine in North America has been making the rounds of film festivals and selling out tickets in theatres. On February 24, the movie ULAM: Main Dish will be shown at the Park Theatre in Winnipeg. This will be the fourth Canadian theatrical release to date.

The Winnipeg screening will be accompanied by a discussion panel on the future of Filipino food and how it is perceived in the public eye. Panel speakers will include Filipino Canadian chefs and restaurateurs.

The documentary follows the rise of the Filipino food movement through various Filipino American chefs and restaurateurs crossing over to the American mainstream. Written and directed by Alexandra Cuerdo, the film features interviews with renowned Filipino American chefs like Romy Dorotan and Amy Besa of New York’s Purple Yam and Purple Yam Malate, Nicole Ponseca and Miguel Trinidad of Maharlika and Jeepney, both also in New York, Johneric and Christine Concordia of LA’s The Park's Finest and Alvin Cailan of Amboy, also in LA.

Cuerdo is a content producer and editor for BuzzFeed. In 2018, she was also named one of the 100 Most Influential Filipina Women in the World by the Filipina Women's Network. Ulam is her first full-length documentary film.

Ulam was selected as the Closing Night film for the 2018 Asian American International Film Festival in New York City and has made the rounds of the film festival circuit in San Francisco, San Diego, Los Angeles, Toronto, Vancouver and Nova Scotia. It is now also available on streaming platforms iTunes, Google Play and Amazon Prime.

Pulitzer Prize-winning critic Jonathan Gold called the film a "love letter to Filipino cooking in America”. Canada’s Rice Paper Magazine called it a “a noteworthy film, mainly for shining a spotlight on a community and food that for so long has flown under the radar.”