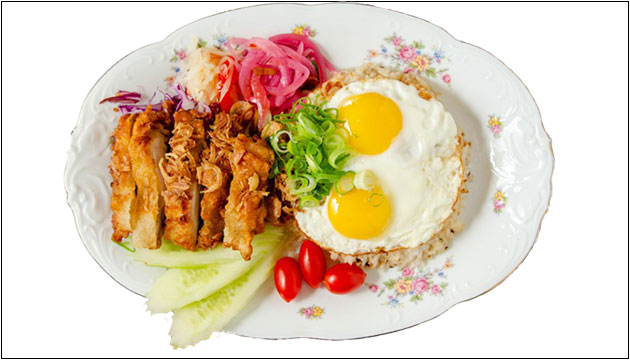 Toronto alternative weekly NOW Magazine expects Filipino food to get “even more popular” as one of four major food trends happening this year.

In a January 3, 2022 piece, food writer Ramona Leitao says that the Canadian metropolis will be “seeing more Filipino food getting the attention it deserves”.

“Lamesa, which is now operating on St. Clair West, is leading the way in celebrating the cuisine as ‘restaurant food’,” Leitao noted.

“It’s known for its homestyle meals, like garlic rice, silog and lumpia,” the c writer stated about the 634 St. Clair Avenue West establishment.

“The city's Filipino food scene is blossoming – and restauranteur ‍ Lester Sabilano has had a front seat,” the article noted.

Sabilano opened Lamesa in 2012, and recalled in Trapunski’s story that at the time, there were no full-service Filipino restaurants in downtown Toronto.

Originally located on Queen Street West, Lamesa moved to its downtown location in 2018.

As for Leitao’s prediction for Filipino food in 2022, the writer also mentioned Sari Not Sari, a culture hub for food, entertainment, and drinks.

“The beloved BB’s diner came back as a pop-up brunch and rotisserie spot at Sari Not Sari in Parkdale,” Leitao wrote.

In a fall 2021 piece, Leitao related that Sari Not Sari was opened by Justin Bella, who is best known for the Filipino brunch spot BB’s Diner.

BB’s Diner operated for two years at 76 Lippincott Street until it shut down in 2020 amid the COVID-19 pandemic.

Meanwhile, Sari Not Sari, which is located at 1566 Queen Street West, derives its name from “sari-sari” convenience stores typically found in the Philippines.

“The large mural by the dining booths is inspired by Filipino camo in the 1970s and was created by artist and tattooist Ilona Fiddy,” Leitao observed. “Smaller details, like a wooden Santo Niño de Cebu statue and a statue of Mary, are placed in the bar area.”

Filipino food topped the list of Leitao’s predictions for 2022.

The three others are bigger prospects for breads, plant-based food, and pop-up food establishments.