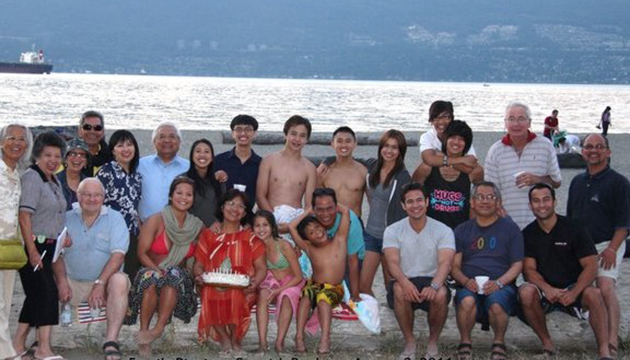 Facts about the Traditional Filipino Family

Opinion: The Changing Filipino Family in Canada
Family relationships played an important role in the early migration of Filipinos to Canada. In a 1972 survey of Filipino immigrants, 75 percent stayed with relatives on arrival or with friends or friends of friends. Only 9.8 percent stayed in hotels; the rest on employer-provided facilities.

A 2006 study tried to verify whether the idealized Filipino notion of “the family that migrates together, stays together” has endured in Canada. In general, the study found that family ties were strongly maintained initially. This was especially so if the members lived near each other, could visit often, helped each other as needed, and celebrated special occasions together.

With the passage of time, however, extended family ties tend to weaken and the nuclear family of parents and children only becomes the norm, especially among second generation Canadian Filipinos. This becomes more evident when Filipinos move away or marry non-Filipinos who do not share the cultural values of the elder Filipinos.

The slow unravelling of family ties is reflected in the family cycle. For grandparents, sponsored to babysit grandchildren, the problem starts when their babysitting assistance is no longer needed. Some return to the Philippines; others end up, sadly, in nursing homes because it is difficult for working adult children to look after their young family and old folks at the same time. Besides, most family homes are rarely equipped for the disabled.

In the case of retired parents who spent the best years of their lives giving their children a better future in Canada, the solution is not that simple. They want to remain in Canada but worry about aging and living in an old folks home. They are disappointed when their children and grandkids seldom visit their “empty nests.” They feel they are losing their family when their children are too busy even to phone and the grandchildren leave to study far away from home.

Some families are able to stay together despite problems such as family separation, quarrels over money and inheritance, dependency of family back home, young generation’s growing pains, clash of cultural values between the young and the old, borrowing and lending money, and conflict between parents and non-Filipino in-laws. For others, family members eventually go their separate ways keeping in touch only by Facebook and Twitter and blogs and the occasional email.

As the Filipino immigrant ages, the problem of growing old in Canada without the care and support of family becomes more acute. This is now felt by caregivers and domestic workers who arrived in the 1980s under the Foreign Domestic Workers Movement. Due to their minimum wage income they were unable to sponsor their families and must now grow old alone in Canada. The unfortunate result of Canada’s Live-in Caregiver Program is broken homes among caregivers and domestic workers.

For many Filipinos in Canada, however, the slowly weakening family ties means freedom from the restrictive tendencies, values and mores of the traditional clan. This gives them independence to pursue their own goals in their own ways and directions. They become self confident and rely on their own capabilities. As they become individualistic in a universalistic democratic system, they develop other relationships and interests – at work, in church, in the neighbourhood and the community. Their new friendships and social ties make it easier for them to integrate into Canada’s diverse society where the common good is a strong goal.

Learn more about the changing Filipino family in Canada in: Seeking a Better Life Abroad: A Study of Filipinos in Canada, 1957 -2007  by Eleanor R. Laquian and Aprodicio A. Laquian, published by Anvil Publishing, Inc. Manila (2008).