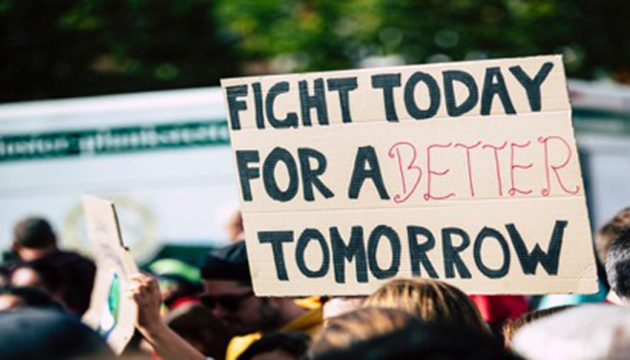 Many political observers opine that what we are seeing in Europe and the rest of the world today are reminiscent of the European rise of fascism in the 1930s under Nazi Germany. But these are different times.

Historian Enzo Traverso calls this “post-fascism” whose key feature is “precisely the contradictory co-existence of classical fascism with new elements that do not belong to its tradition. Wider developments have encouraged the change.”

First is the rise of populism, which is really more of a political style of leadership than a coherent political ideology. As a rhetorical approach, populism exalts people’s “natural” virtues. It purports to speak on behalf of “the people” and “people’s interests. It rallies them against elites running “the establishment” or “the system.”

Second is neoliberalism, which has transformed the economic context for neofascist leaders. This economic ideology, earlier promoted by the Freiburg School of Economics in the 1920s (which later moved to the US and became the Chicago School of Economics in the 1930s), coincided with another institution, the Frankfurt School, which promoted Critical Social Theory which produced thinkers analyzing fascism, populism and the authoritarian state. 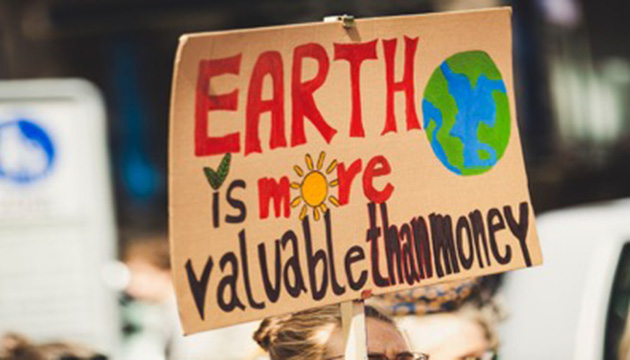 Neoliberalism is the policy underpinning unfettered plunder of our environments and the large-scale human migration from the Global South to the Global North since the 1970s, such as the movement of Filipino workers and other economic refugees to Canada.

Elite-led liberal democracies embraced neoliberalism, which brought down their credibility and enabled the rise of populist authoritarian rule from the left, such as Hugo Chavez of Venezuela, and from the right, Donald Trump in the US and Brazil’s Bolsonaro. Duterte is interesting for his initial embrace of “socialist” left and “nationalist” right thinking.

Jeremiah Morelock defined the term in a recent anthology:

“[Authoritarian populism refers to the pitting of ‘the people’ against ‘elites’ in order to have the power to drive out, wipe out, or otherwise dominate Others who are not ‘the people.’”

Claiming that they and their actions are “of the people, by the people, and for the people,” populist authoritarian leaders deny they are also elites representing the interests of the few. Morelock argues:

“Generally, [authoritarian populism] involves social movements fuelled by prejudice and led by charismatic leaders that seek to increase the governmental force to combat difference. It is commonplace for governments under the direction of authoritarian populists to condense and centralize authority, so that more power rests in the hands of fewer people.”

They (mis)use identity politics to fuel fear, hatred and aggression towards others perceived as “enemies of the people.”

They use performative political representations to fuel bigotry and prejudice common to populist leaders, according to Stephen Bronner’s 2014 book, The Bigot: Why Prejudice Persistsand Benjamin Moffitt’s 2016 book, The Global Rise of Populism: Performance, Political Style, and Representation.

Autocratic leaders use judicial systems to curtail press freedom, as Duterte did to ABS-CBN and Maria Ressa. They discredit the opposition, as what happened to the Duterte Government’s treatment of Senator Leila De Lima, Supreme Court Chief Justice Maria Lourdes Sereno and Vice-President Leni Robredo.

While “Duterte resembles Marcos in many ways,” what we are seeing is not mere repetition but a more dangerous mutation of the past whose future outcomes are unpredictable.

Marcos used anti-oligarchy rhetoric to sequester radio, television and newspaper networks owned by opposition families and hand them over to his cronies on the pretext of “saving the republic and saving the society.” In his last State of the Nation Address, Duterte was more direct and utilitarian in attacking oligarchic control over water, electricity, transportation and telecommunications: he wanted better service for the citizenry.

President Duterte and his troll supporters continue to disparage in print and online media the oligarchy they associate with the critical opposition, particularly “the reds” (national democrats and communists), and “the yellows” (liberal social democrats), and their proposed alternative progressive political-economic development pathways.

Populist authoritarians are savvy in embracing contradictory pursuits. During and after his presidential campaign, Duterte called himself a “socialist,” distanced his government from the US, and developed a pro-China foreign policy.

Duterte was and would not be a socialist in the Marxist sense; he simply appropriated the term to curry the left’s favor. While Adolf Hitler (1889-1945) belonged to the party called the National Socialist German Workers' Party, or Nazi Party, which ruled Germany through totalitarian means from 1933 to 1945, instigating the Second World War.

In the face of a citizenry lacking in critical training exercises, it is easier to use labels than interrogate what they really mean in what context.

What We Can Do to Combat Populist Authoritarianism

What is the future of populist authoritarianism in the Philippines and elsewhere?

We are in unprecedented historic moments so we cannot predict the future.

There are indications autocrats are getting stronger and popular. A February 2020 Atlantic magazine article explained that Duterte remains popular because of his charisma, and effective use of social media to exalt the Presidents and his policies, malign the press, and discredit his enemies, among other tools in the “global strongman’s toolbox.”

Rappler’s investigative reporting since 2016 revealed armies of paid internet trolls who would post messages of misinformation, malicious associations demonizing the President’s avowed enemies while promoting “in-group” favoritism and disparaging “out groups,” or an “us” versus “them” mentality.

Populist authoritarianism’s success requires a social movement built on prejudice and fear of “difference” and of the “other”. While it will take new stronger global and social movements to challenge growing neofascism, we can do at least five concrete things.

Photo by Tim Mossholder on Unsplash.

One, cultivate critical thinking and love of learning. Filipinos in Canada and worldwide need not add oxygen to our tense atmosphere, especially in the time of a global pandemic, by posting and reposting misinformation, fake news, and fallacious reasoning that make us all look unschooled and undisciplined in critical thinking.

Think critically before reposting fake news link or vblog, for example, that the FBI confiscated boxes of COVID-19-infected N-95 masks imported from China. Since cargo shipments take weeks, would the virus survive on textile for that long? Where were they being taken and why?

Two, critically question and politely call out persons or groups sending out misinformation or fake news. Avoid “groupthink.” Get out of your mental, social and political bubble. Have meaningful conversations with people whose views are different from your own.

Use facts and evidence, not simply your opinion, to challenge them and articulate your values. You may not convince them, but you will make them think. A good start to help you do this is by reading On Tyranny by Timothy Snyder.

Three, interrogate and challenge our own prejudices and fears. The modern equivalents of Anti-Semitism or Anti-Jewish sentiments, the scapegoat of European nationalists for centuries, are Islamophobia and anti-Black and Anti-Indigenous racisms. What views do we have of these social groups? Why do we hold these? What debilitating effects do our prejudices have in our social interactions with others?

Photo by Sincerely Media on Unsplash

Four, read critically and widely. Read books and materials of your own choice and curation, not just your Facebook or Instagram feeds. Read about Jewish global histories, inter-faith and Black-Asian relations, and Filipino Indigenous cultures and traditions. Read about the human brain, why we are prone to certain habits, why we think fast and slow. Read critically books about our common human histories -- past, present, and future, by Yuval Noah Harari.

Five, if you consider yourself part of the critical left, use identity politics wisely and critically. Identity politics can fuel and fight both anti-fascist and anti-democratic movements.

Using identity politics can weaken progressive left groups if we use these to fuel polarizing “us” versus “them” mentality, like populists, or forsake any unity prospects between broad socio-political forces fighting for mutual causes.

At some point, we need to stop talking and start taking action for good change. 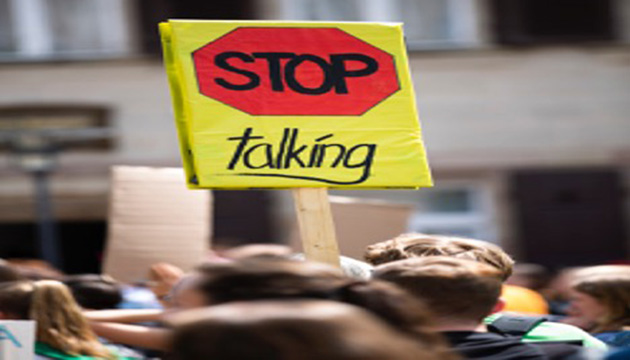 These are confusing times. As Harari reminds us, be mindful of our minds. Education is not just about getting information – we have the internet for that. What is more important is how we use the information and make decisions based on well-informed minds.

These confusing times need not confuse us when we are well-informed.