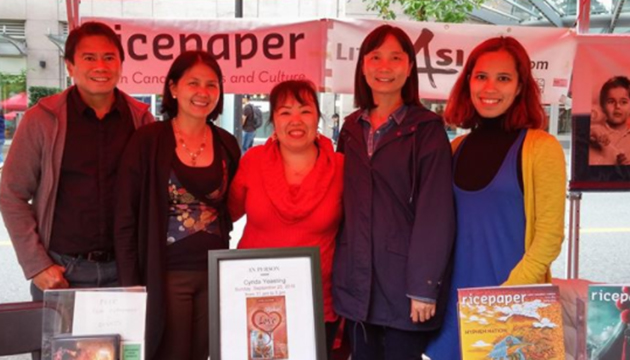 Canadian Filipino Karla Comanda is the winner of this year’s Jim Wong-Chu Emerging Writer Award in poetry. The announcement was made during the LiterASIAN Literary Festival held in Vancouver last September.

Born and raised in the Philippines, Comanda is the fiction editor of Ricepaper Magazine and is currently finishing a Masters in Fine Arts in Creative Writing at the University of British Columbia (UBC). She is the second Canadian Filipino to have won the award following Catherine Hernandez who won the award in 2015 for her novel Scarborough.

Comanda’s winning collection of poetry Lots and Loss was borne out of her poetry thesis and work with UBC’s Creative Writing Program. Her work reveals complex layers of the Canadian Filipino immigrant experiences by exploring ethnic divisions, language, politics and religion.

In an interview with Room Magazine, Comanda relates, “As a writer myself, I struggled with what I considered to be my best work, holding it up against white standards, standards that have historically invalidated the experiences and styles of writers of colour.” She urges writers to “not be afraid to take risks and make your voice heard.”

The annual Emerging Writer Award, established in 1999, was recently renamed after the late Jim Wong-Chu, pioneer of Asian Canadian writing, mentor to many writers and co-founder of the Asian Canadian Writers Workshop, Ricepaper Magazine and the LiterASIAN Festival. The award has been a stepping stone for many writers like Madeleine Thien who won in 2001 for her short story collection Simple Recipes. Thienwon the prestigious GillerPrize in 2016.

The Award seeks submissions from Canadians of Asian heritage who have not been published, either self-published or traditional, in a book-length work in print or digital form. The manuscript is deliberated upon by a jury panel and will be considered for publication by an established publishing house. The genre for the 2018 selection is fiction.