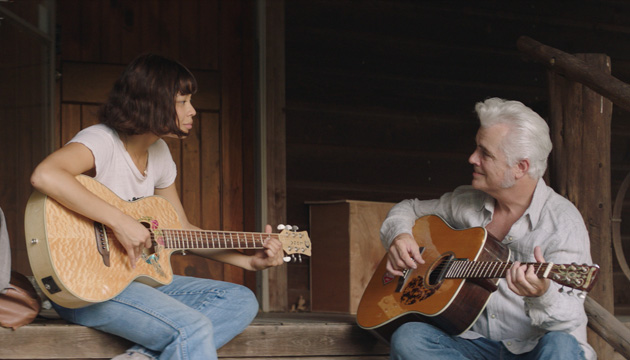 Three films on the Filipino diaspora are featured in this year’s Vancouver Asian Film Festival (VAFF) to be held at the Cineplex Odeon International Village Cinemas in Vancouver’shistoric Chinatown district from November 7 to 10.

To be screened on November 8 at 7 p.m., Becoming Labrador combines documentary footage with animation to tell the story of three Filipino workers in the Happy Valley-Goose Bay in the central part of Labrador as they deal with unexpected costs of living far from their families and friends.  The film is directed by Rohan Fernando, Tamara Segura, Justin Simms and features narration by Epitacia Bruce, the first Filipino worker to arrive in Labrador in 1966.

The Canadian premiere of Empty by Design is slated for November 9 at 7:30 p.m. Filipino actress Rhian Ramos and Chinese Canadian actor Osric Chau portray two individuals who return home to the Philippines after years of being away. Feeling isolated in a place that they once called home, their friendship helps them find a sense of peace and connection to their lost culture. Empty by Design is director Andrea A. Walter’s debut feature film.

Closing the VAFF is Yellow Rose by director Diane Paragas on November 10 at 7:30 p.m. Eva Noblezada, who portrayed the lead role of Kim in the 2014 West End and 2017 Broadway revivals of Miss Saigon, leads a cast composed of Filipino actresses Lea Salonga and Princess Punzalan and American country singer Dale Watson. Noblezada plays the role of Rose Garcia, an undocumented young Filipina who dreams of leaving her small Texas town to pursue her country music dreams. When her mother gets picked up by the Immigration and Customs Enforcement, Rose is forced to embark on a journey of self-discovery.

Yellow Rose won two awards at the recent 2019Los Angeles Asian Pacific Festival: Breakthrough Performance (for Noblezada) and the Grand Jury awards. In a statement, director Diane Paragas recalls her own childhood: “After escaping Martial Law in the Philippines, my family moved to Lubbock, Texas when I was four. As the only Filipino growing up in Lubbock, I often felt alienated and I used music and art as means of escape.” Paragas hopes that Yellow Rose will put “a human face on the plight of Dreamers while entertaining the audience with original Americana music that they might not have listened to before.”

The closing film will be followed by the 23rd VAFF awards program.