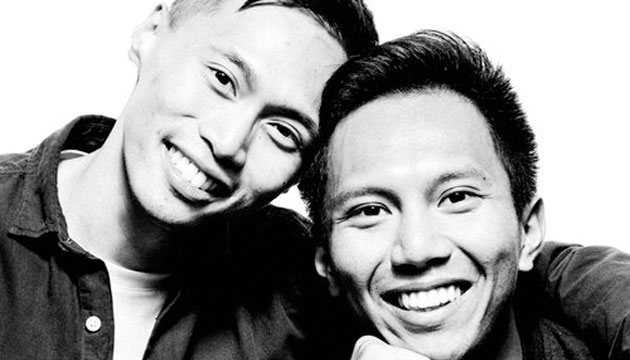 Depending on the tone and who is talking to whom and in what circumstance, the Tagalog utterance of ‘bakla!’ among Filipinos could mean different things.

It could be one of disdain or a harmless tease or a term of endearment that is spoken by one gay person to another.

Bakla is of course the Tagalog word for gay.

In the case of Ally Gonzalo’s photo essay titled ‘Bakla!’, one can summon up from the use of the word a feeling of pride in one’s identity as a member of the sexual minority.

Gonzalo is a Winnipeg-based photographer, and he has snapped images of the Filipino gay community in the city for a creative project with CBC Manitoba and CBC Arts.

Gonzalo’s work was reported on by The Manitoban, the official student paper of the University of Manitoba, which recalled that the artist came from the Philippines to Winnipeg in 2016.

“While on a field trip during his fourth year of university in the Philippines, Gonzalo stumbled into the role of an amateur photographer,” the paper reported.

Gonzalo pursued photography professionally in Canada and graduated from PrairieView School of Photography in 2017.

“My first year here in Winnipeg, I tried so hard to take photos like a white photographer, and by that I mean the high-piece photographers who would climb buildings and shoot down from the rooftop, or shoot nice cars […] or photograph traditionally attractive people and call it ‘art,’” Gonzalo said in the report.

“I have grown so much from that,” Gonzalo added.

Below are excerpts from Gonzalo’s online essay for the CBC:

“For such a long time, I flinched whenever I heard the word ‘bakla.’

That word was a trigger to me. My response? I automatically masculinized the way I spoke and carried myself because the last thing I wanted was to attract attention towards myself for ‘acting bakla.’

I came out to my friends in my late teens. On my 22nd birthday, six months before immigrating to Canada, I came out to my family. I was lucky. My family supported me and I wasn't shunned from my social circles. Many others are not accepted or supported.

The fact that I moved to a relatively liberal, Western country was definitely a factor in accepting myself because I saw how queer folk in Winnipeg had fewer hesitations, in general, with expressing themselves.

Coming out to people I've met in the Philippines always garnered responses such as"'eh hindi ka naman mukhang bakla," ("but you don't look bakla!") or "ay sayang, gwapo ka pa naman," ("ah, what a shame, because you're actually handsome").

When I first came out to someone in Canada, I felt weird because I didn't get shamed. My self-identity was just a matter of fact for them. Where was the shaming and denigration that I'd come to expect?

My own reaction to the non-shaming startled me. It jump-started some serious introspection about myself and how I self-identity.

I am now 25 years old. I have reflected on my past, and especially my youth. Today I embrace who I am and consider myself a proud member of the Filipinx diaspora — the collective term used by queer Filipino immigrants, first-generation and beyond — who've settled in the West.

In Winnipeg, there is a thriving bakla and Filipinx community. We are here and we are an important part of Winnipeg culture. Even though I am a triple minority in Canada — a queer, brown immigrant — I'm fortunate that the people I surround myself with are loving and accepting.”