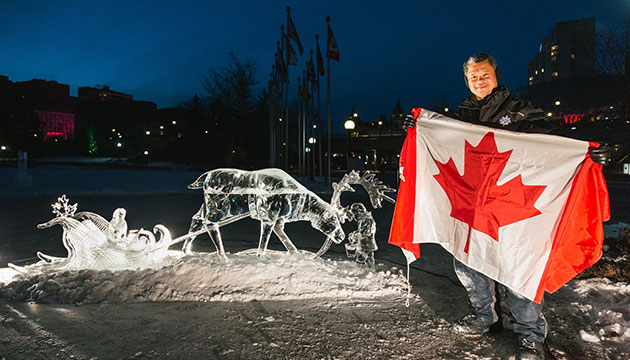 Antonio won top prize with his creation Pit Stop, featuring lifelong friends, a boy and a reindeer, resting from pulling a sleigh after a long journey. Ross took second prize with Adrenaline Rush showing a snowboarder skidding seemingly in mid-air on a plume of snow.  Antonio, on his Facebook page, thanked Winterlude’s organizers, friends and family, and “of course my fellow Filipinos all over the world!” 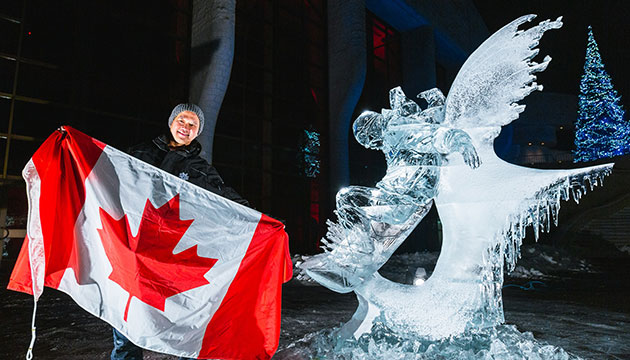 Antonio came to Canada in 1996, while Ross followed in 2002. They started out by carving vegetables while working at hotels in Quebec before honing their craft on ice.

In Winterlude, the brothers competed with five other finalists including Joel Palmer of Halifax who took the third spot with Surfing the North, featuring a surfer on winter storm waves.

Each finalist had 28 hours to transform eight blocks of ice into a work of art on the theme of the joys of winter. Winterlude has held ice-carving competitions since 1985.