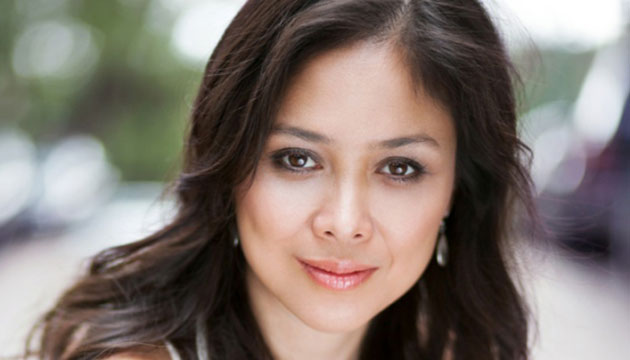 Those who are well-versed in the Broadway world have already heard of a Canadian Filipina powerhouse who garnered nominations for her role as Kim in the Toronto production of Miss Saigon.

Her name is Ma-Anne Dionisio. After taking the Toronto Broadway by storm, and getting nods from the Dora Mavor Moore Award, Dionisio continued playing Kim in the American, British, and Australian productions of Miss Saigon.

Then once again, she followed the footsteps of another Filipina Broadway star, Lea Salonga, and became the second Asian to play Eponine in the western theatre production of Les Miserables.

It is quite an accomplishment for a 42-year old single mother of three. Dionisio started her professional singing career after winning a lead role in Experience Canada, a musical tour that celebrated Canada’s 125th anniversary.

Prior to that, Dionisio dabbled in musical performance by joining a singing contest on television back in the Philippines when she was 14 years old. Moving to Canada with her parents and four sisters, Dionisio didn’t forget her love for music and joined the church choir at St. Edward’s Parish in Winnipeg, Manitoba. The rest is history.

Dionisio also graced the stage and performed as Maria in West Side Story at Ontario’s Stratford Festival and appeared on Broadway as Little Girl in the 2002 revival of Flower Drum Song. Currently, this Toronto-based singer and actress have been keeping busy with film and TV. Dionisio played the role of Patricia in The Waiting Room, a Canadian drama film released in 2015 and has a reoccurring role in Schitt’s Creek, a TV series comedy.

Dionisio’s love for performance art didn’t stop at acting and singing; she is also one of the founding artists of Theatre 20, a musical theatre company in Toronto formed by artists in 2009.

Dionisio’s recent endeavour took her on stage in Richmond, B.C., which delighted fans in British Colombia. She starred with other notable artists, including Kevin Aichele, Danny Balkwill, Chris D. King, and Caitriona Murphy, singing about the complications of love and mid-life crisis in Closer than Ever, an off-Broadway hit musical extravaganza. It was staged in Gateway Theatre, and ran from February 4 to February 20, 2016.