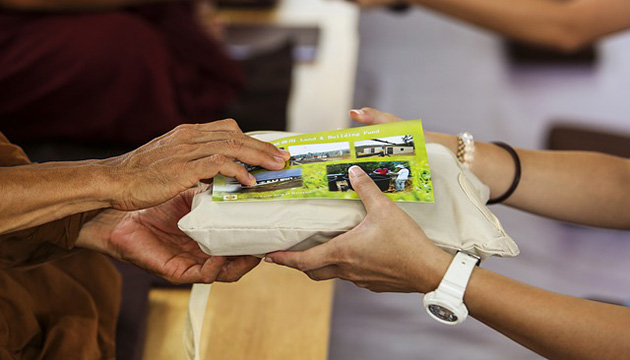 As we head into the season of giving, it may be wise to take a moment to consider who gets a gift or a lump of coal, especially when it comes to donations. Here are five things to keep in mind when deciding to part with your hard-earned money for a good cause.

1. Importance
Think about what is most important to you based on your personal situation, beliefs and circumstance. Did you benefit from a scholarship that helped you finish a degree and would like to give back? Many donors fund their choice of charity by looking back at their own personal history. Did you just win the lottery and would like to donate a lump sum of money or are you blessed with a well-paying job that you’d like to give a little every payday?

Filipinos the world over, whether they are immigrants or overseas workers, almost instantly respond to calls for help when our beloved Philippines gets hit by a natural calamity. Relief funds directed towards rehabilitation of areas hit by Typhoon Yolanda in 2013 are estimated to be in the hundreds of millions of dollars.

For the extremely wealthy, the causes may be plenty, varied and lofty: from the reduction of global poverty to early detection and treatment of brain cancer. Such is the case of The Giving Pledge co-founded by Bill and Melissa Gates and Warren Buffet. It is a campaign aimed at encouraging the wealthy to publicly pledge at least half of their wealth to philanthropic causes. As of 2017, the organization has over 170 billionaires worldwide as signatories.

2. Bang for your buck
Especially for Canadian Filipinos who once enjoyed receiving the annual 13th month pay in the Philippines, stretching the dollar around this time of the year means literally going from a monthly fixed budget of regular expenses and two paycheques to stretching your November and December paycheques to accommodate the regular expenses plus gifts and remittances to the Philippines on top of all that. This means that because donations are part of your list of expenses, you’d surely like to be able to stretch those dollars even more.

Take the time to look at the way the charity you’re thinking of helping is organized. Large charitable organizations are required to produce an annual report which should show how donation funds are spent. Particularly compare the amount of funds that go to beneficiaries and projects against the amount that go to operational and personnel costs. Make sure that those in need get more than those who administer the money.

If possible, give weight to those charities and causes that the Government of Canada and perhaps the provincial government are willing to match dollar for dollar. Remember that those matching funds from the government form part of the taxes you pay, this way you are making your taxes work for you.

If a one-time donation of $100 is too much off one paycheque, why not donate smaller amounts on a regular basis? A monthly donation of $20 won’t hurt too much and will add up to a $240 annual contribution which will qualify for a tax credit.

3. The $200 benchmark and other Canada Revenue Agency(CRA) rules
To avail of charitable tax credits, donations must be made through a registered charity. A list of registered charitable institutions is available at the Canada Revenue Agency website. Come time to file taxes, add up all your donations. Both provincial and federal governments allow donation tax credits to apply on donation amounts of $200.

Federal donation tax credit rate for donations up to $200 is 15 percent and 29 percent for amounts over $200 up to a certain level of taxable income. A 33 percent tax rate may be applied on taxable incomes of over $200,000 a year. This is a legislative amendment passed in 2015 that applies to donations made in 2015 and claimed in 2016 or later.

The federal government also introduced a First-time Donor’s Super Credit which is an additional bonus 25 percent tax credit on amounts up to $1,000 of donations over and above the standard tax credits already in place.

Provincial charitable tax credit rates vary by province, but the $200 benchmark still applies. For example, in the Province of B.C., the tax credit rate is 5.06 percent for the first $200 and jumps to 14.7 percent for amounts over $200. A table of tax credit rates across Canada is available at the CRA website here:
https://www.canada.ca/en/revenue-agency/services/charities-giving/giving-charity-information-donors/claiming-charitable-tax-credits/charitable-donation-tax-credit-rates.html

CRA also allows donations to be carried forward for up to five years which means you can choose to keep your donations receipts within that time. This way, the charitable tax credit you claim will be a much bigger amount than if you claim them every year.

The bottom line in terms of tax impacts is that generally, your tax savings will be equal to the tax credit calculated.

4. Not just cash
With the rising cost of living, a retiree may have no space in her monthly budget to contribute to charity. A growing trend in estate planning is leaving a provision in one’s will for a portion (or all) of the estate to go to a charity or number of charities of one’s choice. Planned giving or gift planning is a way for donors to give more than they could afford from their living income. Planned giving also allows the gift to be maximized both for the donee and the estate’s heirs by the application of various tax credits or exemptions. For example, a gift payable to the charity upon a donor’s death exempts it from estate tax.

A donation of appreciated property such as stocks, securities or real estate receives a charitable tax deduction for the full market value of the asset. It is also exempt from capital gains tax on the asset’s transfer to the charity. There is also the option of donating a life insurance policy where tax credits can be applied on both the premiums and the policy itself. Again, most insurance providers' websites have detailed information on how this works.

5. Collect your donation receipts
When a co-worker signs up for a charity fun run and you sign up to support him, do not forget that you can ask for a tax receipt for that $20 pledge. Or maybe your office supports a charity and you had agreed to deduct a portion of your bi-weekly paycheques to go to that charity. Again, don’t forget that these amounts should show in your T4 slip.

If you regularly attend services at one church, why not arrange to have donation envelopes that go into a system where your donations are added up and result in a tax receipt by yearend. Even a community fund-raising event could be an opportunity to see whether a donation receipt can be acquired.

No matter the amount, the method or type of donation you make, your gift will always have that promise of changing someone’s life for the better.