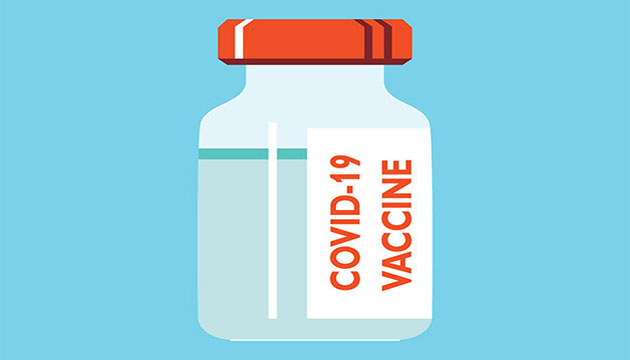 [Ed’s Note: In February 2020, CFNet started publishing Dr. Rey Pagtakhan’s column, Medisina at Politika, on COVID-19. Now on Part 27 of his running commentary, Dr. Pagtakhan’s twice monthly column has kept the Filipino community and other CFNet readers continually informed about 1) the pandemic and its impact, 2) the scientific advances on drugs and vaccines, and 3) the effectiveness of public health responses, including mass vaccination as a vital step to individual protection and development of herd immunity (also called community or population immunity).]

April 1, 2021- There is universal agreement that mass vaccination holds the key to the control of the pandemic – the worst global public health crisis of our lifetimes – and to returning family and community life closer to more normal routine. Since its launch in December 2020 in Canada, the United Kingdom, USA and European Union, its public health impact has been profound in reducing the daily number of new COVID-19 cases, preventing the healthcare systems from becoming overwhelmed, and decreasing mortality.

Yet, this springtime and the immediate future is not the time to pull back on public health measures that have worked to curb community spread. Variants of concern are increasing in circulation and plateauing of the decline in the number of cases has been noted this past month and ICU admissions have trended upwards this past week. As of March 29, CBC News reported 33,002new cases in the past week – an increase of 29 percent – nationwide. While British Columbia and Manitoba showed a decrease as well as a decline nationwide in hospitalizations, ICU beds filled rose 12%, reflecting in particular the increases in Manitoba, Saskatchewan, Ontario, New Brunswick and Nova Scotia.  There were 184 deaths – a decrease of 17% nationwide – but an increase in B.C., Alberta and Saskatchewan.

As this Commentary goes to the press, BBC News quoted Dr. Rochelle Walensky, Director of the US Center for Disease Control and Preventions: "I'm going to reflect on the reoccurring feeling I have of impending doom. We have so much reason for hope, but right now I'm scared".

Vaccines are a vital part of the public health arsenal to control the current pandemic in Canada and around the world. To date, four safe and efficacious COVID-19 vaccines, namely, Pfizer-BioNTech, Moderna, AstraZeneca and Johnson & Johnson have been granted emergency use authorizations (EUA) in Canada, while USA has given their assent to the first two and the fourth and the European Union and the United Kingdom to the first three of these vaccines. Health Canada approved the Pfizer and Moderna vaccines on December 9 and 23, 2020 and the AstraZeneca and Johnson & Johnson on February 26 and March 5, 2021, respectively.

Canada's mass vaccination program began in Quebec and Ontario on December 13, 2020. The country’s total orders come to 80 million vaccine doses of Pfizer and Moderna by the end of 2021; 22 million doses of the AstraZeneca vaccine between April and September; and 10 million doses, of Johnston & Johnson by the end of September. With this volume of supply, Canada could fully vaccinate all her residents from 16 years old and up. In fact, Prime Minister Justin Trudeau has promised that every Canadian who wants a shot would be vaccinated by the end of September.

Disruptions in supply after the first shipment disturbed said timetable.  Export bans on vaccines exist in the US and Europe – the jurisdictions on which Canada depends for its major suppliers. While the timetable appears back on track, Canada has only fully vaccinated 1.77% of her residents. Except for Nunavut, Yukon, and Northwest Territories whose rates of full vaccination are 17.46%, 25.90% and 31.04%, respectively, the rates for the ten provinces range from 1.56% for New Brunswick to 3.92% for Manitoba. To put this in context, US has fully vaccinated 15.84% of her population.

Canada's National Advisory Committee on Immunization (NACI) announced on March 3rd that the maximum interval between the first and second doses of Pfizer, Moderna and AstraZeneca COVID-19 vaccines should all increase to four months. That means going from a 3-week, 4-week and 12-week intervals, as stipulated by the manufacturers and upon which emergency use authorization has been granted, to a full four months. The rationale for the change is to increase the number of Canadians vaccinated and, thereby, help protect more much sooner. Its analysis showed that as much as 80% of eligible Canadians could get at least one shot by the end of June if second doses were stretched. Indeed, the recommendation is laudable from the epidemiologic and public health perspectives.

Added Dr. David Naylor, Co-Chair of the COVID-19 Immunity Task Force, who told CBC News reporter Vassy Kapelos that the “evidence is there for the concept of further delay…but we have to do it safely and watch carefully." Taylor’s observation makes Canada’s chief science adviser Mona Nemer’s reservation – that the interval spacing is akin to a “population level experiment” – understandable. She added the caution that “we simply don't have enough data that tells us this is an effective strategy.”

Adding further to the public dialogue, Dr. Larry Corey – Chair of the COVID 19 Vaccine Clinical Trials Working Group and Professor in the Vaccine and Infectious Disease Division of the Department of Medicine and Virology at the University of Washington, acknowledged the cogent reasons for the stance taken by leading epidemiologists “that a one-dose-for-more-people approach is the correct course of action,” but differed that “it’s okay to have a lag time from the first dose to the second of two or three months.” Instead of debating about the ethics of reduced efficacy from single-dose immunization or the efficiency of public health versus individual rights, he raised the question: “Would we actually be doing more harm than good by administering one dose of the Pfizer or Moderna vaccine to more people?”

In response, he wrote: “The viruses we’re going to encounter are going to be more formidable adversaries. The variants have higher infectivity and have learned to escape from neutralizing antibodies. Seeding of that escape is among people with low/partial immune responses through natural infection. Partial protection and persistent replication can lead to prolonged viral shedding and subsequent community transmission. We overcome escape variants by providing immunity that is capable of eliminating the virus quickly and we don’t expose the virus to lots of people with low levels of immunity. The data we have on efficacy are derived from the clinical trials that were designed to match the vaccine strain with the original virus. We’ve recently seen the impact of the new variants on vaccine efficacy: the B.1.1.7 strain first identified in the UK required two- or three-fold more antibodies to neutralize, and the B.1.351 variant emerging from South Africa six- to ten-fold.”

He continued: “Low antibody levels with one dose are magnified in the elderly, many of whom have very low titers; the elderly invariably requires two doses to get a detectable neutralizing response. A similar situation is also seen among persons with a wide variety of chronic diseases: their less-than-robust immune response will have an even greater impact on levels of protection after one dose.”

Then he summarized: “We will actually do more harm than good by markedly increasing the population of people with partial protective immunity. It is best to solve the challenge of vaccinating our population by first immunizing with the timed two-dose regimens that we know have demonstrated high efficacy.”

Adam Miller of CBC News posted on March 27 that two pre-print studies from the U.K. and Canada suggest “delaying second doses of COVID-19 vaccines by up to four months may not be the best approach for some older Canadians.” In a study of 151 older cancer patients compared to 54 healthy adults, researchers from the United Kingdom concluded that “delaying second doses of the Pfizer vaccine to between eight and 12 weeks for most cancer patients left them ‘wholly or partially unprotected’ and had implications on their health and the potential emergence of coronavirus variants.”

A second pre-print study from Canadian researchers who studied long-term care residents in Vancouver a month after receiving their first dose of a COVID-19 vaccine and compared them with 22 younger health-care workers found that the immune response of seniors was not as strong as in younger, healthier people. Said Dr. Marc Romney, a clinical associate professor at the University of British Columbia and one of the authors: "The function of those antibodies in older people was also compromised." He suggested that “the dose delay may need to be revised for them,” a view shared by Dr. I. Bogoch of Ontario's COVID-19 Vaccine Distribution Task Force.

Indeed, the NACI has one more new agenda on its plate. According to Dr. Caroline Quach-Thanh, chair of the Advisory Committee, it is currently re-examining its guidance on the timing of second doses for seniors and the immunocompromised and could issue a revised guideline very soon.

More crucial now than ever:

“For individual Canadians, strict adherence to individual precautions means following public health advice and doing our personal best by aiming to have the FEWEST interactions, with the FEWEST people, for the SHORTEST time, at the GREATEST distance possible, while wearing the BEST-FITTING face-mask.”

Ed’s Note: Rey D. Pagtakhan, P.C., O.M., LL.D., Sc.D., M.Sc., M.D. – a retired lung specialist and professor, author/co-author of articles and chapters in medical journals and textbooks, former Parliamentary Secretary to the Prime Minister and cabinet minister, and member of the American Association for the Advancement of Science – spoke on the “Global Threat of Infectious Diseases” at the G-8 Science Ministers/Advisors Carnegie Group Meeting held on June 13-15, 2003 in Berlin, Germany.]