As its name signifies, the Filipino Canadian Political Association is dedicated to a singular mission.

The Toronto-based nonprofit wants to foster stronger Canadian Filipino representation in elected offices at all levels of government in the country.

Last spring, FCPA announced that it has written all federal party leaders and presidents.

The group urged them to make a “real and intentional effort to recruit Filipino-Canadians as official party candidates for the upcoming federal election”.

“Federal political parties have made uneven efforts to recruit underrepresented voices, particularly Filipino-Canadians, who have not held a seat in the House of Commons for 17 years and counting,” Grant Gonzales, a board member with the group, said in a media release.

Gonzales noted that Canadian Filipinos constitute a “rapidly growing ethnic group” in Canada, with their population nearing one million strong.

“The absence of Filipino-Canadians sitting in the House of Commons, across all the federal parties, is alarming,” Gonzales said.

Hence, “We are calling on the federal parties to recruit Filipino-Canadians to run in winnable ridings and finally address this gap in representation.”

We do not know how much attention the major political parties paid to the FCPA’s call.

What we know is that Prime Minister Justin Trudeau and his Liberal Party have triggered an election amid the COVID-19 pandemic, and that this is going to happen on September 20, 2021.

What we also know is that Trudeau’s party, the NDP, and the Green Party of Canada are running Canadian Filipino candidates.

As for Trudeau’s Liberals, the ruling party has four Canadian Filipino candidates, and three of them are women.

One is Rechie Valdez, an entrepreneur who wants to represent the Ontario riding of Mississauga-Streetsville in the House of Commons.

Another one is Elizabeth Quinto, a lawyer and candidate for Oxford County, also in Ontario.

In B.C., the Liberals have Virginia Austria-Bremner, a former aide to then provincial Premier Christy Clark, in Vancouver-Kingsway.

In the province of Manitoba, Trudeau’s party has public school teacher and performer Paul Ong in Winnipeg Centre.

As for the Greens, the party chose Phil De Luna, a young and award-winning scientist, to vye for Toronto-St. Paul in Ontario.

As for the FCPA’s pitch for political parties to field Canadian Filipino candidates in “winnable” ridings, let’s see how voters decide.

Although we can probably hazard guesses about outcomes, it’s best to wait until the votes are counted.

What is clear, and this was pointed out by the FCPA in another media release last spring, is that Canadian Filipino voters have a “pivotal role in choosing the next federal government”.

As the FCPA explained, there are 37 ridings in the 2019 federal election where the Canadian Filipino population was larger than the margins of victory in those battlegrounds.

Citing as an example, the FCPA recalled that in the Ontario riding of Richmond Hill, the margin of victory was just 212 votes in the 2019 election. The riding has 2,940 Canadian Filipinos.

Dr. Rey Pagtakhan has retired from federal politics. He is a regular contributor and a dear friend to Canadian Filipino Net.

Pagtakhan also holds the record as the first and only Canadian Filipino elected to Canada’sParliament in Ottawa.

Pagtakhan represented, for the Liberal Party, Winnipeg North and later the changed and re-named Winnipeg North—St. Paul in Manitoba for a total of nearly 16 years, from 1988to 2004.

He defeated the New Democratic Party MP David Orlikow who won 18 consecutive elections in Winnipeg North – representing the riding for 26 years until 1988.

It wouldn’t be a stretch to say that Canadian Filipinos are eagerly waiting for the next Rey Pagtakhan. 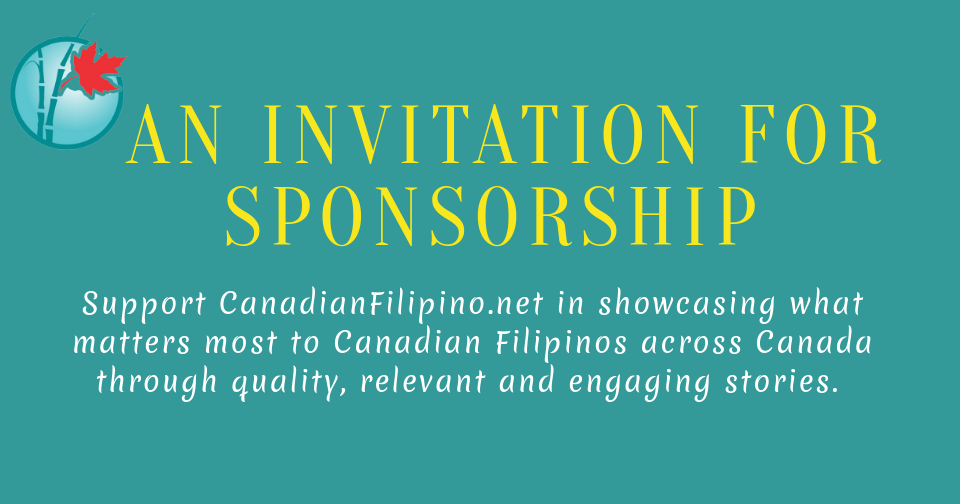