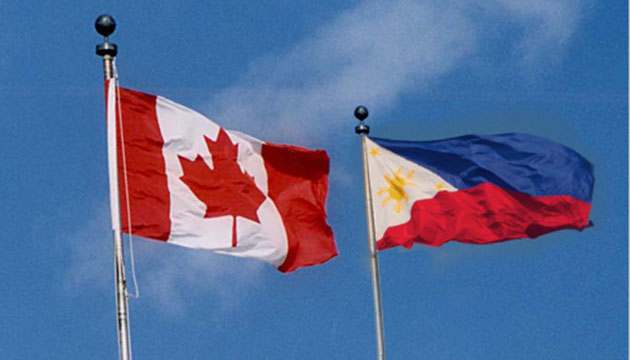 Juan Alim, 78, a former Filipino citizen who was naturalized as a Canadian citizen in 1998, arrived in Manila last year to celebrate Christmas with relatives. He enjoyed his stay so much that he decided to live there for the rest of his life.

However, he's worried that after one year from his date of arrival, he would be declared an "overstaying alien" by the Bureau of Immigration and charged exorbitant fees.

While Juan is weighing his options, another former Filipino citizen, Jericho Mercado, a licensed architect in the Philippines before migrating to Canada, is interested to know how he can resume the practice of his profession and capitalize on the construction boom in the Philippines.

What 's the best solution to the two gentlemen's dilemma? Simple: dual citizenship
The Philippine Dual Citizenship Law, otherwise known as the Citizenship Retention Act of 2003 (Republic Act 9225), is a law that allows natural-born Filipino citizens who have been naturalized as citizens of another country, to regain or retain their Philippine citizenship and all the benefits and privileges as such. It was passed by Congress in 2003 principally as a means to open up the Philippine economy to former Filipinos who are willing to contribute to its growth and development.

Indefinite stay, business, practice of profession
In the case of Juan mentioned above, reacquisition of dual citizenship will entitle him to stay in the Philippines beyond the one-year limit fixed for former Filipino citizens under the old Balikbayan program. Why? Because he is now a Filipino citizen again, and no government authority, including the BI, has the authority to treat him as an alien and impose penalties for "overstaying."

In the case of Jericho, practice of his profession in the Philippines will violate no law, including the 1987 Philippine Constitution (which restricts practice of profession in the Philippines to citizens of the Philippines one-hundred percent), since legally, he retains or reacquires his Philippine citizen once he takes his oath of allegiance under R.A. 9225. He then only needs to secure or renew his/her professional license from the regulatory agency which, in most cases, is the Professional Regulation Commission.
The framers of the law anticipate substantial gains for the country in terms of investment in real property and the identified priority investment areas. Among the more business-minded overseas Filipinos, it is an opportunity to be productively involved in the Philippine economy. Hence, former Filipinos who wish to invest in areas like retail, advertising, mass media, public utilities or exploration of natural resources but are barred by nationalization laws, now have the means to legally come in and infuse their capital.

To the framers of the law, this is clearly a win-win situation, where expatriate Filipinos find new opportunities for profit while the Philippine economy and the rest of the Filipino population benefit from their investment in terms of new jobs and incomes.

Suffrage and public office
For the more politically-minded, dual citizenship is a vehicle that allows them to participate in the shaping of the country's political destiny, particularly by voting in Philippine elections. The passage of the dual citizenship law complements the Overseas Absentee Voting Law or R.A. 9189 enacted earlier in the same year. Where R.A. 9189 limits its application to overseas workers permanent residents and other Filipinos living or working in other countries but who have not taken up another citizenship, R.A. 9225 broadens the scope of overseas voting to include dual citizens.

A question that's frequently asked is whether a dual citizen can run for an elective position in the Philippines.  R.A. 9225 says yes, but with a big "if," and that is, if the candidate renounces his/her other citizenship upon filing his/her certificate of candidacy with the Commission on Elections (COMELEC).  Indeed, it's a tough choice to make. But Congress justifies this requirement as a way of ensuring an elected public official's undivided loyalty to the Philippines Republic. A similar rule applies to those accepting an appointment to public office: they must renounce their oath of allegiance to the country where they were naturalized.

Now this sounds like it creates a “disadvantage” to those who have ambitions of holding public office in the Philippines. In reality, it gives them an advantage—an option which did not exist before, when dual citizenship was not yet legislated.

Property rights
One of the most significant changes brought about by R.A. 9225 is the exemption of dual citizens from the legal limits to private land ownership in the Philippines.  While R.A. 9225 does not explicitly mention it, this conclusion logically flows from the fact that a dual citizen under this law is a Filipino citizen; therefore, the constitutional or statutory prohibition on account of nationality ceases to apply to him.

The Philippine Constitution generally prohibits non-Filipino citizens from owning private lands in the Philippines. The Foreign Investment Act of 1991, however, allows natural-born Filipinos who have been naturalized as foreign citizens to own up to 5,000 square meters, in the case of urban lands, and three hectares, in the case of rural lands. The reacquisition or retention of Philippine citizenship under R.A. 9225 renders these limits moot and academic, meaning that dual citizens may legally invest in private land with no size limits, except in the case of agricultural land covered by agrarian reform laws.

Parenthetically, since both the Constitution and the Foreign Investment Act speak only of "land," it follows that foreigners, natural-born Filipinos or not, dual citizens or not, may legally own condominium units in the Philippines.

Minor children
Another benefit extended to persons wishing to retain or reacquire Philippine citizenship under this law is the derivative citizenship conferred on their minor, unmarried children. R.A. 9225 specifically provides that such children, whether legitimate, illegitimate or adopted, “shall be deemed citizens of the Philippines.”

In order to take full advantage of this provision, applicants for dual citizenship are advised to include such children in the application, specifying their names, ages and dates of birth. This is particularly important to those who intend to send their children to school in the Philippines and protect them from discrimination or from being categorized as “aliens” or “foreign students.”

Dual citizenship in this context is also a convenient means for children of mixed parentage to regain the opportunity to participate in sports competitions in the Philippines, such as the Philippine Basketball Association, where a number of “Fil-Foreigners” have risen to stardom playing in the pro league. Others, like the “Fil-Brits” who play for the national football team Azkals, get the chance to represent the country in international competitions.

Taxation
Another common concern is the matter of taxation. Some individuals worry that when they reacquire their Philippine citizenship, their income abroad shall be assessed income tax by the Philippine government. This is not true. As the authors of R.A. 9225 have repeatedly explained, Philippine tax laws, particularly the National Internal Revenue Code, explicitly limit the definition of “taxable income” of Philippine citizens residing overseas, including overseas contract workers, to all income earned “from all sources within the Philippines.” Thus, dual citizens, for as long as they are considered “residing outside of the Philippines,” shall be exempt from paying income tax on their income earned abroad.

Moreover, there is an additional level of protection for Filipinos earning income in countries like Canada, United States and other countries with which the Philippines has an existing treaty on the avoidance of double taxation. Broadly, any such income tax paid to the government of either country “shall be deducted” from the tax payable to the government of the other country, meaning that in no instance shall an individual subject to tax by both countries be required to pay tax twice on the same income.
In conclusion, therefore, there is sufficient protection for dual citizens against being taxed twice for the same income. In the first place, the law, R.A. 9225, cannot be interpreted in a manner that would defeat its purpose, which is to attract and encourage former citizens to rejoin the Philippine mainstream society and participate in its economic growth and development. It cannot be interpreted as imposing a heavy burden for anyone wishing to embrace the Philippines once more as his or her country of nationality.

Application requirements, fees
Applying for dual citizenship is pretty simple, quick and inexpensive. Applicants are required to present basically two things. The first is proof of being a natural-born Filipino citizen, which could be any of the following: birth certificate, baptismal certificate, Philippine passport, or any other Philippine government-issued document, at the discretion of the consular officer. The other is proof of naturalization as a foreign citizen, which could come in the form of a certificate of naturalization or a citizenship card.

The fee is fixed at Cdn $57.50 for every applicant, and an additional fee of Cdn $28.75 for each minor dependent child, if applicable.
The application form and all relevant information may be downloaded from the Consulate General’s website, www.vancouverpcg.net.

All advantages, no disadvantages
There are at least 60 countries that expressly allow or recognize dual citizenship, and Canada is one of them. Filipino-Canadians can consider themselves fortunate that the government of Canada itself explicitly allows dual or multiple citizenships. “Canadian law permits dual or multiple citizenships: you can be a citizen of another country and still be recognized as Canadian,” says the website of the Department of Foreign Affairs and International Trade of Canada.

The same website provides information and practical advice on dealing with situations where dual citizenship could cause some problems or inconveniences. But on the whole, it is reasonable to conclude that there are no real disadvantages in having both Philippine and Canadian citizenship.

For sure, there could be situations where, for instance, possession of two passports could cause some confusion or delay, or where taxation could create some false apprehensions. This is why it is important to distinguish fact from myth, and information from mere opinion, and to develop a clever and practical way of making the most of one’s dual citizenship.

In truth, dual citizenship is a means for further empowerment. It can only add to what a naturalized Canadian citizen already enjoys, and cannot take away anything in terms of benefits, rights and privileges. In a very real sense, it is a way to have the best of both worlds. 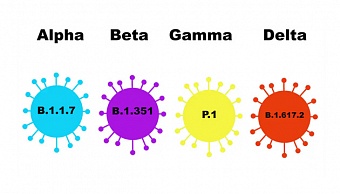 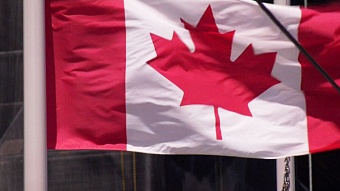 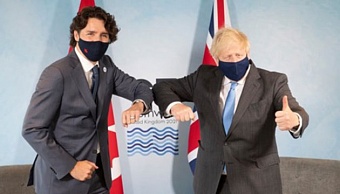 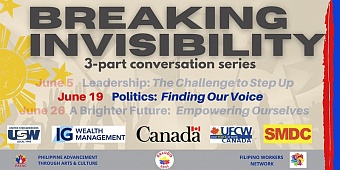 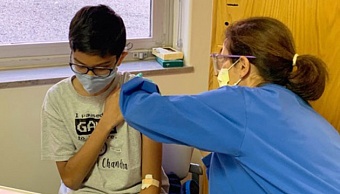