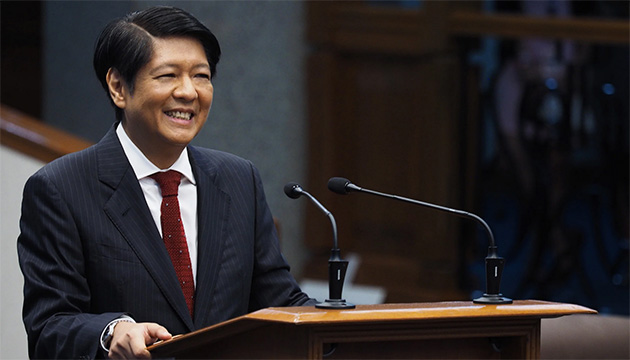 (Editor’s note: For the next 5 months starting on November 15, CFNet will feature a presidential candidate for the coming May 9, 2022 Philippine national election.

More than 90 have officially filed their certificates of candidacy for president as of the closing date for filing on November 8th.  Since a majority of them already know that their chance of being elected is as much as the current president’s chance of being canonized a saint, this series will not mention the names of these “also-ran” candidates.

Instead this CFNet series will focus on the five credible contenders as scheduled as follows starting with former Senator Bongbong Marcos for November, current vice president Leni Robredo for December, Senator Panfilo Lacson for January, Mayor of Manila Isko Moreno for February, and Senator Manny Pacquiao, a former professional boxer for March.

In this time of galloping misinformation, denials and outright lies by trolls, it has become extremely important to decide who to elect president based on documented facts and figures in order to know who can best lead the country in the next six years out of poverty, debt-ridden burdens and international disgrace.

Under Republic Act 1989 or the Overseas Absentee Voting Act of 2003, Filipino permanent residents in Canada who still carry Philippine passports and Filipinos with dual Canadian-Philippine citizenship can vote for a new president, vice president, 12 senators and a number of party-list representatives in the May 2022  Philippine elections. First, they must register with the Philippine Embassy or Consulates.

These Filipinos in Canada have an opportunity to contribute to the development of a clean Philippine government like what they have learned to appreciate in Canada.  By example and influence on their family and friends back home, they can introduce the gospel of clean government – service, honesty, accountability and transparency–values they have imbibed during their stay in Canada.)

Ferdinand Marcos Jr. – a benefactor of his father’s sins

Ferdinand Marcos Jr. better known in the Philippines as Bongbong or BBM has benefitted from his father’s plunder and abuse of power from the very beginning. His first crack at politics was when he became Ilocos Norte’s vice-governor at the age of 23 in 1980 while his father ran the country under martial law. He then became governor from 1982 until his father’s dictatorship was toppled by a bloodless People Power revolution that forced the Marcos family to leave the Philippines and exile in Hawaii with crates of ill-gotten artworks, jewelry, luxury goods and wads of cash.

When they returned in 1992, Marcos Jr. won as representative of Ilocos Norte’s second district, the family’s bailiwick. From 1998-2007, he served as governor of Ilocos Norte for three consecutive terms. He returned to Congress in 2007 before he ran and won a seat in the Philippine Senate in 2010. He was a one-term senator from 2010-2016 before throwing his hat and ill-gotten wealth in the vice-presidential contest in the May 2016 polls which he lost to Vice President Leni Robredo who had no money.  He protested the election results for almost 5 years until his electoral complaint was eventually junked by the Supreme Court, sitting as Presidential Electoral Tribunal or PET.

During his one term as senator, although he authored and co-authored several bills, he has not been credited with any significant legislation, nor did he show any leadership qualities. For six years in the Senate, he said nothing about where he stood on any important issue in the Philippines at the time. Even now all he can talk about is how wrong people are when they criticize his father’s dictatorship. If he sees nothing wrong with martial law and dictatorship, will he follow his father’s footsteps if he is elected president?

While governor of Ilocos Norte, Marcos Jr. repeatedly failed to file his income tax returns from 1982 to 1985 nor pay the proper income taxes for those years for a penalty of both fine and imprisonment,  according to Antonio T. Carpio in his PDI column of October 28, 2021.  In 1995, the trial court convicted Marcos Jr. of these crimes but imposed on him only a penalty which he refused to pay just as he refused to pay the P203.8 billion estate tax liability of his father’s estate claiming it was not his debt.

Now 64, Marcos Jr. announced on Facebook in September his intention to run for president in 2022. His older sister, Senator Imee of Ilocos Norte, has been paving the way for this candidacy through decades of lies to present their father’s rule in a better light and by building up support from various sectors and dismissing accounts of martial law atrocities and plunder as “corny’ and “irrelevant” in view of current “bigger problems” facing the country and the need “to move forward with hope.” Marcos supporters have been mobilized to “brush aside accusations of plunder and abuse of power, offer no excuses, no explanations, and certainly not an apology.”  Those Marcos supporters who had witnessed the misdeeds now insist that the sins of the father should not be visited on the son. However, if the son benefitted from the sins of the father, doesn’t the son become an accomplice and as such must share the burdens of his father’s sins?

Opposition groups saw Bongbong’s presidential candidacy as the Marcoses’ attempt to change the country’s history and erase their family’s horrible misdeeds to favor their return to Malacañang. The two-decade reign of Bongbong’s father was riddled with claims of wide-scale human rights abuses, attacks on political opponents, extra judicial killings and enforced disappearances, and massive plunder. Amnesty International recorded 3,257 victims of extrajudicial killings, 77,000 detained, 3,500 tortured, and more than 700 disappeared during the dark period of martial law from 1972 to 1985. Of the 3,257 killed, some 2,520, or 77 percent of all victims, were “salvaged”—that is, tortured, mutilated, and dumped on a roadside for public display to incite fear.

Martial law also saw the collapse of the Philippine economy, leaving many mired in poverty and indebtedness while grieving for loved ones who had became victims of the Marcos dictatorship.

Through the years, the Marcos siblings have consistently denied any wrongdoing despite the fact that there have been cases wherein family members were convicted, like in the case of their mother, the former first lady Imelda Marcos, who was found guilty by Sandiganbayan for transferring funds to Swiss foundations while she occupied government posts in the 1970s.

Gabriel Pabico Lalu of the Philippine Daily Inquirer reported on December 19, 2019 that the Sandiganbayan has ordered the relatives of former president Ferdinand Marcos and former first lady Imelda Marcos to account and either surrender or pinpoint the location 896 pieces of artworks that were illegally amassed during the late dictator’s two-decade reign. According to the court, the Marcos couple failed to substantiate how they got a massive art collection — amounting to $24.32 million — despite their aggregate salaries of $304,372 during their terms in office. Former first lady and Ilocos Norte Rep. Imelda Marcos has been found guilty of seven counts of graft by the Sandiganbayan’s Fifth Division. The Marcoses, including their children Ilocos Norte Governor Imee Marcos and former Senator Bongbong Marcos, have been accused of massive graft and corruption cases during the Marcos administration from 1965 to 1986. Yet Bongbong insists he has done nothing wrong and has nothing to apologize for or return.

In this disturbing time of widespread misinformation, denials and lies, it is necessary to stand by the facts. And the Philippine Daily Inquirer has been leading the media in exposing the atrocities of martial law under Marcos and documenting the extent of the Marcos family’s plunder and where they had hidden their unexplained wealth now being used to bankroll their attempts at a political comeback.

The following list was compiled by Gabriel Pabico Lalu of PDI. Here is the Inquirer‘s  breakdown of Marcos’s multibillion-dollar loot and where he had stashed this loot:

A PDI editorial on October 5, 2021 accused the young Marcoses of trying to hoodwink those too young to remember martial law. Marcos Jr. claimed in a controversial September 13, 2021 YouTube interview with his avid supporter Toni Gonzaga: “Just think of the things that were being said in ’86, February, March, April. All the things — ‘we discovered this’ — all of them have been proven as lies. But people still insist that it’s shady, fine, that’s your business.”  Marcos Jr.claimed he was too young to know what happened during martial law; that his family never stole anything so they have nothing to return.

Thus spake Marcos Jr., contender for Philippine president in 2022, as he revealed on Facebook his platform to whitewash the horrors of his father’s martial law, on his way to Malacañang. 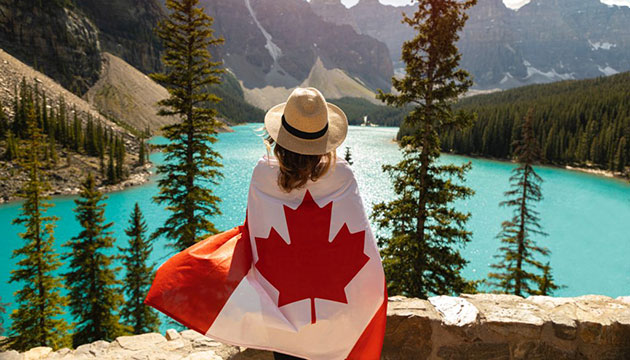 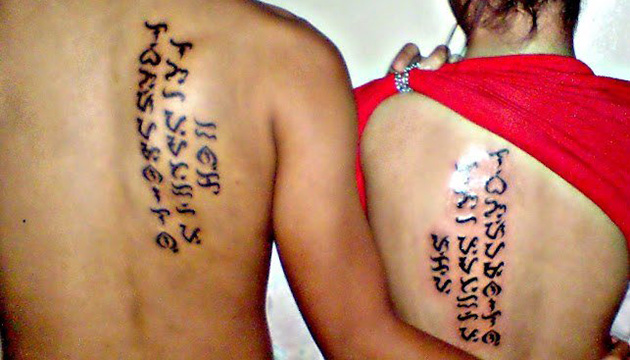 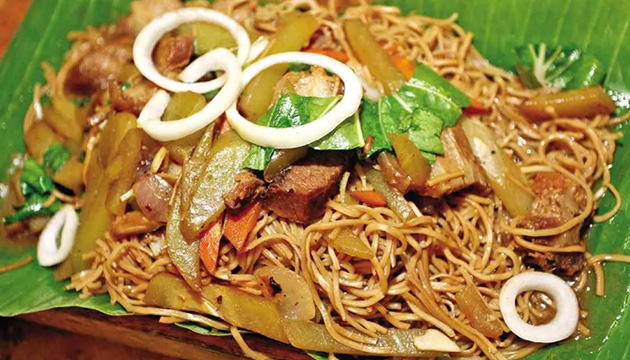 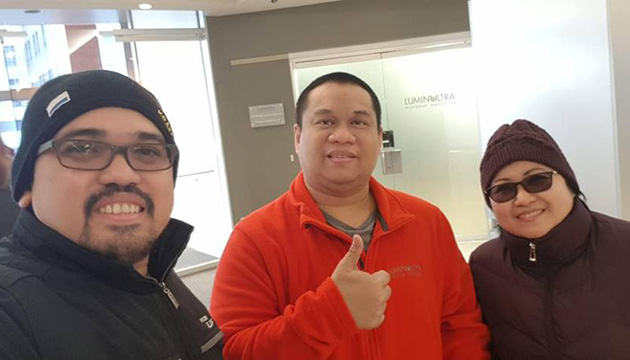 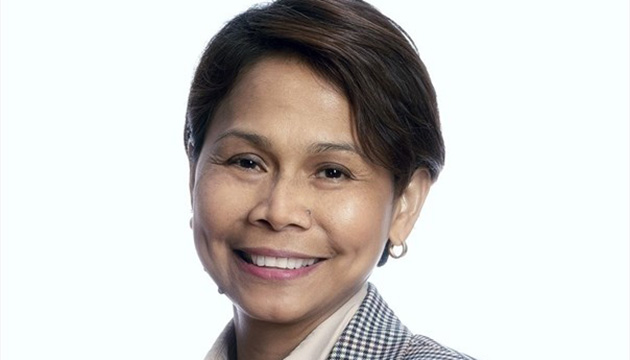 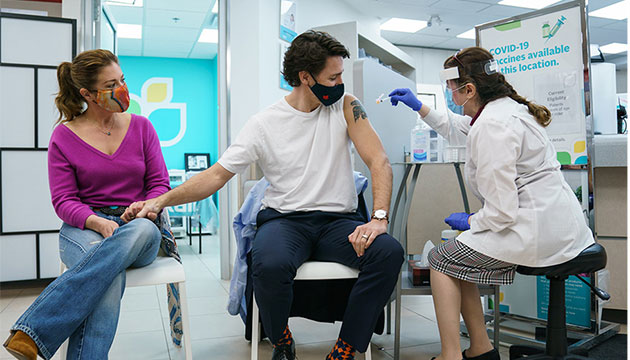 COVID-19 Pandemic: Get a Vaccine – It’s an Act of Humanity and Humility 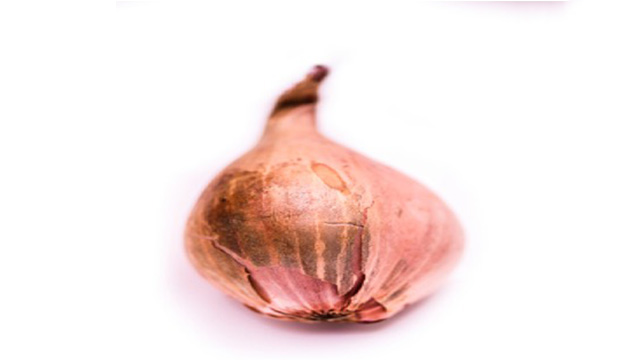